If you boo Russ, are you going to boo Wagner?

nanomoz said:
I can't imagine being the sort of twunt that's already looking forward to booing either of these two (among the best players in franchise history), who made major contributions to this team's only Lombardi Trophy.
Click to expand...

So, booing a public figure is not okay, but calling us vulgar names is accecptable?

Just pointing out the hypocrocy.
M

Boo Bobby? Are you outta your mind?
Boo Russ? Maybe cheer him at the first mention of his name, but boo him violently every opportunity until the day I die.
Russ is a most disingenuous diva who cares far more about power, celebrity and money than either God or team. BOOOOOOOOOOO!
oh and he is kind of dork and a total country club brother. 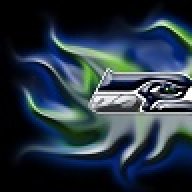 Welshers said:
John I was wondering if you will be there week 1 to cheer for Russell to beat us?
Click to expand...

As I already said I will be rooting for the hawks to win but Wilson does well.

“Wanted to be something he is not” how so? Wilson has proven over and over again he can put up huge numbers in games if given the chance, and has some of the highest stats of all QBs in the last decade, especially considering how often he was sacked compared to other QBs.

Also, “burned down the kitchen”? How? Yes, we did give a concerted effort to “let Russ cook” for the first half of the season. However, the moment that faltered, Pete went back to Pete ball. We aren’t talking half a season of faltering, we are talking 1 or 2 games Wilson had a slump. That is not “burning the kitchen down”. Mahomes, Rodgers, basically all other QBs in an offensive system NOT from the 1970s are given way more of a leash than RW even was.

If you want to talk about “burning down the kitchen”, talk about Bevells endless bubble screens, schottys incredibly drawn out route concepts, Pete’s INCREDIBLY conservative and outdated systems.

We are all focusing on the wrong thing, cuz it’s gonna look real dumb booing Wilson and giving him that extra juice to beat us by 50 instead of 30. We are talking about being a 4 win team here. Calm down with the booing.

Anybody on here who had to be a QB under PC would have escaped a long time ago.
Click to expand... 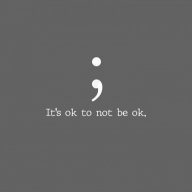 Both players better get a standing ovation of gratitude at first. No holds barred after that. They get it. It's sports fandom.
You must log in or register to reply here.

B
Bobby Wagner: Russ Tried to Recruit Him to Denver Before Trade Happened

S
Anyone think Russ was trying to sabotage the O last year?
2 3 4