Will Pete be fired?

samwize77 said:
Next year will be the big tell. Cap Space and draft capitol SHOULD do wonders for this team. Pete is here through next year for certain. Beyond that? Many factors could come into play, but its MHO that Pete leaves on his terms and doesn't get fired.
Click to expand...

Why thought? Under Pete and John, the talent has gone down every year since 2014. Pete drafted well early, because he knew those guys from HS and college from recruiting. Right now it can be argued we are bottom 3 in team talent. I love what Pete did here, but it seems like it’s about time to move on for both parties. 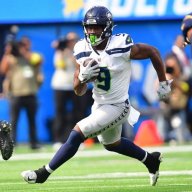 samwize77 said:
Next year will be the big tell. Cap Space and draft capitol SHOULD do wonders for this team. Pete is here through next year for certain. Beyond that? Many factors could come into play, but its MHO that Pete leaves on his terms and doesn't get fired.
Click to expand...

This team has never done well w/ large cap space in the past. I'm not sure what makes anyone feel that is going to change in the future.
T

NJlargent said:
No we will suffer for a few seasons and then he will retire. Hopefully the damage is not too great.
Click to expand...

Pretty much this. We've seen this scenario play out before with other teams. Coach X is given a wide berth because of past success. Coach X thinks he can do it again since he did it before. Coach X overstays his welcome and runs the franchise into the ground. Out of respect to Pete they will allow him to retire rather than fire him. A new coach will come in and attempt to rebuild the team his way, setting the franchise further back for a season or more........unless of course we get lucky and the new head coach is a wunderkind. 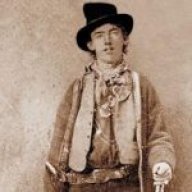 One thing that bothers me is that Pete will most likely be choosing a QB prospect in next year's draft. If/when that happens, then you probably want Pete around for a few seasons to coach his guy. Otherwise, you end up with the same situation Lock was in with Denver. The kid gets drafted, the guys that drafted him get canned and the new regime doesn't really care for this kid. Now the new guys pick THEIR guy. So, if you're going to allow Pete to make next year's QB pick, then you should allow him to remain here for a few years to try and develop the kid. Or do you can Pete before the draft, bring in your new coach and allow that coach to pick his guy? Welshers said:
If they don't turn it around this year, will Pete Carroll be fired? I am asking what people think objectively, with emotion out of it. I know everyone wants him fired but he kind of runs the team and I don't know if Jody Allen cares. My guess is no.

I am the last person to ever be a doomer and I have supported Pete through everything, but I see could see a 4-13, or 5-12. Don't quote me because I think they can still turn it around, but it's a possibility. If this happens, do you think they will fire Pete?
Click to expand...

I don't think so. If he was on the bubble or something with JA, I think he would have forcibly 'lost' the RW fiasco, and he'd be gone instead of the tard.

I also keep getting the feeling that he's just been told to 'do his best' in general and that they are hovering on this may 2024 sale date restriction from PA's will.

The thing that I CANNOT figure out about this post RW situation, his renewed contract from not that long ago, and the fact that PC is even still here - is: HE'S TOO OLD TO SEE A FULL REBUILD TAKE PLACE. We need a diamond in the rough QB from the upcoming draft this year, and even then, there's probably what, like 1 or 2 seasons from now before a rebuild truly gains traction, isn't there?

So, no, to answer the question, I do NOT think he will be fired, irrespective of record this year. I think honestly he could just be best available and least disruptive option to keep the ship generally 'righted' for JA prior to an anticipated sale.

But, then again, I could have NO idea what the hell I'm talking about. And, PS - I do like PC. Not as much as Homey - but still. 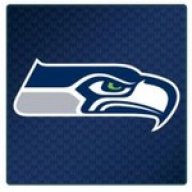 Carroll is not getting terminated by Jody Allen, IMO.

Jody Allen, IMO, does not want to go through a coaching search even if she isn't the one leading the search, just signing off.

Carroll and Allen, seem to be on board with the possible "growth" and "changes" of this year, if they were not on board with each, I can see a dismissal of Carroll.

But Allen seems to understand Wilson wanted out and is not blaming Carroll but that is just my opinion.

If Carroll decides to call it quits after this season, I can understand him leaving on his terms, but I don't see that either.

Unless, Carroll's health is deteriorates considerably, he seems destined to coach Seattle until he calls it quits himself.

I personally believe Carroll is motivated to turn this ship around just to spite Wilson that he will stick around this "rebuild" for at least another 4 seasons to see if he can do so.

If Carroll is allowed another 3 seasons (after this season) and he cannot turn things around, at least, to contenders again, he will remove himself.

I honestly, do not see, Jody Allen, terminating Carroll until she absolutely has too, let's say, she is getting ready to sell the team.

I see Carroll sticking around at least until the end of the 2025 regular season.
You must log in or register to reply here.

J
Are we in the Worst Case Scenario?
2 3

Which season would you rather see?
2