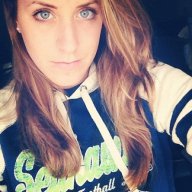 Those two and whoever matches up with Percy.
B

Hawkscanner":2jltw1e3 said:
Thanks for all the props guys. It's much appreciated -- but as I said above, a Super Bowl win is all the reward I'm looking for.

So, it's that time for me to ask what matchups you're going to be paying particularly close attention to in this game. I've already shared mine. For me, it's going to be Max Unger/mystery man LG vs. Pot Roast Knighton ... and Thurmond vs. Wes Welker. To me, those are the ones I'm going to be really paying attention to. What about you guys?
Click to expand...

I think that Thurmond / Welker might be one if, if not the biggest key to this game.

Welp, it's almost here. Although I won't be cheering for either team, if the Seahawks win, I will be very happy for you guys. 0 titles right now, but all it takes is one to have you floating on a cloud for a good 10 years. Plus you can always revisit the year on DVD any time you want and relive all the great moments. It's great and nobody can take that away from you.

Broncos fans already have a few Super Bowls. They don't need another. I won't be happy for them.

49ers":anjbr5qb said:
Welp, it's almost here. Although I won't be cheering for either team, if the Seahawks win, I will be very happy for you guys. 0 titles right now, but all it takes is one to have you floating on a cloud for a good 10 years. Plus you can always revisit the year on DVD any time you want and relive all the great moments. It's great and nobody can take that away from you.

Broncos fans already have a few Super Bowls. They don't need another. I won't be happy for them.

Thanks brother, from the only 49ers fan I respect on .net! 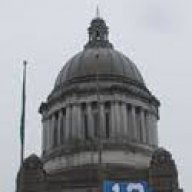 The whole "don't get into a shootout with Peyton Manning" misses the point.
Denver's pass defense is their weakness. They are banged up and old. Denver's run defense could be considered a strength, relative to their pass D.
We know that Peyton and the Broncos are likely to score an extra TD or two against the Seahawks, relative to "normal" opponents. Denver has a historically good offense.

The key is to keep drives going, wear down Denver's defense, and score. Whether we do that by hammering Beastmode relentlessly, or bubble screens to Percy Harvin, or passes to Zach Miller, makes no difference.
In fact, I think Denver will come out prepared to stuff the Seattle running game, and have some success at it the first half. I am betting that Carroll and Bevell will quickly turn to using the passing game and Russell Wilson's running to keep drives alive and move the ball down the field. I don't think Lynch has much success running the ball until middle of the 3rd quarter. The reason he'll have success then is that the success of the Seattle passing attack will force Denver to adjust their defense to stop the pass, and the Denver defense will be overall gassed, while Seattle rotates in fresh O-linemen like Bowie, Bailey, and Carpenter against worn-out Denver front 7. In the 4th quarter, protecting a lead, THAT is when we will see a lot of Beastmode.

I think Carroll and Bevell are going to come out with a more aggressive offensive game plan than we've seen in a couple months. Closer to the New Orleans Monday night game plan than the 49ers or Cardinals game plan. I think the "number" Carroll has given to Bevell for the offense is "28". That is, the offense needs to score 4 TD's, 28 points, to ensure a Seattle victory. I think the 'Hawks will get a few more on turnovers and special teams play, but we're talking about a 31-24 or 34-24 type of game here. Denver does not have the elite defense we faced against San Fran, Arizona, and even St. Louis. Denver can be attacked and exploited through the air, and I also believe, by the running of a mobile QB. Harvin, Tate, Baldwin, Miller, Kearse, and Willson will be huge in the first 3 quarters, as targets of Russell Wilson. The 4th quarter will be soon enough for Beastmode time. I expect Russell Wilson to emerge as the MVP. 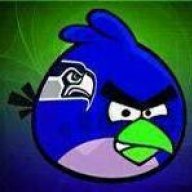 To me the most important thing is to limit Payton's pre-snap reads. He can adjust on the fly and is very adept at reading defensive formations. We need to NOT tip our hand and disguise what we're doing until the last possible second, and make sure our players are ready to enter the game immediately when they're needed. No slacking off whatsoever. Our ability to be able to stay in the moment, to concentrate and stay focused for SIXTY minutes are vital for success.
OP
OP 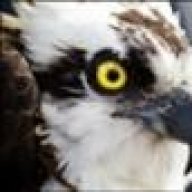 After so many years ... so much heartbreak and disappointment ... so many times of watching defeat snatched out of the jaws of victory ... and so many times watching other teams trounce us -- THIS is an absolutely unbelievable feeling. The Seattle Seahawks are Super Bowl Champions. Ooooooo! I just gotta say that again to let the reality sink in -- the Seattle Seahawks are Super Bowl Champions! I literally cannot believe what I saw tonight. Never in my wildest dreams did I ever envision the Seahawks doing what they did to the NFL's #1 Offense -- the Greatest Offense in the history of the NFL. I mean, to hold the legendary Peyton Manning and the Broncos (who set the NFL's all time record for points scored in a season [606 Points]) to a grand total of just 8 points -- and to absolutely and totally annihilate that team in every phase of the game in front of the entire country -- unbelievable!! I'm so happy right now that it's hard to fight back the tears of joy.

Why would RW choose Broncos?
2 3