One of the single most devastating moments as a young sports fan was going to the '87 divisional round game in Candlestick against the Vikings. As a 10 year old I really didn't remember much from the '84 Superbowl and this was the first time I'd ever felt truly obsessed and apart of a team. I remember getting to the stadium, the 49ers were 13-2 Superbowl favorites, 1# Offense 1# Defense. When the 49ers came to play no team could beat them, I had no doubts, the 8-7 Vikings were just a footnote in my mind.

The Vikings won that game 36-24. I was devastated, people couldn't believe how poorly Bill Walsh called the game, how bad the decision making was. All summer there were reports that Bill Walsh would be fired, he ended up being stripped of his GM duties. The whole off season seemed to be filled with rumors of rifts between players and coaches. The mystique seemed to be over, the dynasty died against Minnesota.

The 49ers started 6-5 in the '88 season, but could have easily been 2-9, this was a team that needed a lucky hail marry and the best run of Steve Young's career to avoid losing 6 straight games. I remember the news outlets talking about the rest of the NFL catching up to the West Coast Offense, defenses had figured them out. The players had reportedly lost faith in Bill Walsh, they felt he was actively sabotaging Joe Montana, benching him for health reasons in favor of Steve Young, all while Montana claimed to be healthy enough to play.

Amidst all the controversy the 49ers ended up winning dominantly in their next 4 games clinching a playoff spot before being embarrassed in the last week of the season by the Rams.

They stumbled into the playoffs, they were written off, good enough to maybe win one game, but this was the Bears year.

The 49ers ended up cruising their way to a Superbowl win, outscoring their opponents 82 - 28, and reigniting their dynasty.


This whole season for the Hawks has given me flashbacks to those years following the 49ers. The controversy of the Super Bowl, the rumors of locker room rifts, reports of the NFL figuring out our Defense, It all sounds so familiar...
Most people will probably write the Hawks off too "good enough to win one game, but this is the Panthers / Cards year" to be fair the odds are certainly stacked against the Hawks this year... but I like this team more with their backs to the wall.
H

Did they have an o-line made up of backup level NFL players?

OK, that was snarky but God I'm sick of watching this o-line look like college players against the better d-lines in the league ESPECIALLY the stinking Rams. Good post and I sincerely hope there's a parallel here/
A

The Rams d-line is historic. To use them as a sample to judge our line is wrong in many ways.

ApnaHawk":3jyg45ju said:
The Rams d-line is historic. To use them as a sample to judge our line is wrong in many ways.
Click to expand...

ApnaHawk":2wpcvmba said:
The Rams d-line is historic. To use them as a sample to judge our line is wrong in many ways.
Click to expand...

Not sure if their historic, the Bears scored 37 points against them.
H

ApnaHawk":2ozgc6cw said:
The Rams d-line is historic. To use them as a sample to judge our line is wrong in many ways.
Click to expand...

Not sure if their historic, the Bears scored 37 points against them.
Click to expand...

The Bears have a different OL than we do. It's hard to judge by going "Team X beat Team Y, and we beat Team Y, so we should face roll Team X".

Kansas City has been one of the hottest teams in the league. They just barely beat a Browns team (4 points) that we beat easily and many here thought we should've shut out.

Football is about individual matchups. The Rams have a distinct advantage in their DL matchup with our OL. It's overwhelming to the point where it makes their secondary look good against our better WR corps. They also seem to have a coaching matchup advantage most of the time. Fisher always seems to catch Pete with his pants down, at least once a game.

As for the OP, I really hope you're right. Problem is, our OL is hot garbage against quality DL's, and the Cardinals and Panthers both have good DL's. Not to the extent of the Rams, but good enough to give us issues.

If we can get past either team, I don't see anyone in the AFC, outside of Denver, giving us problems, and Denver won't advance to the SB with that offense right now. 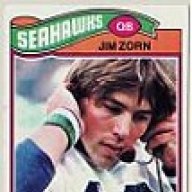 But SF did need a comeback to beat Cincy in SB XXIII. It was the only time they were truly challenged when playing for a Lombardi.

What the Seahawks were missing yesterday, among other things, was early momentum. The 5 game win streak saw us get into a rhythm in the first half, moving the chains and putting up some points. This team really feeds off of that, more than any other in the league practically.

When they start off in a funk, it typically results in them battling all afternoon to work through it. You can see some panic creep in. They do remain focused, and they do play hard, always, but seemingly their confidence gets zapped if they play a terrible 1st half like they did yesterday.

Despite all the sloppiness, they still had plenty of chances of getting back into the game. I do expect to see a much better effort next week in Arizona.

As for the OL...it still needs Major work. I'm not in the camp that this group is the one that can be banked on for the future. The win streak had some thinking they've finally turned the corner, and that these guys had finally gelled.

They've shown they can put together a decent game here and there, and that's about it. I'm also not in favor of keeping Okung for big money, mainly because his injury history is not going to improve in the future, as well as him only being a slightly above average left tackle to begin with. Sweezy needs to go as well, IMO. Lewis had a terrible day vs the Rams, but he does have some upside as center.

Regardless of how this season ends, I hope Pete finally recognizes that a lot of this unit needs to go. We don't even need a great OL moving forward. We just need one that's appreciably better than what we have now.
You must log in or register to reply here.
Share:
Facebook Twitter Reddit Pinterest Tumblr WhatsApp Email Share Link