Does anyone else think Seattle won the trade?

The whole world seems to think the Seahawks got fleeced on the RW trade. I'm not so sure. As Seahawks fans we have a better idea than most about Russell's play, which I happen to think has fallen off a cliff the last couple years. No one gives enough credit to how much the system Carroll built helped hide Russ's flaws. I think he will be a huge disappointment in Denver this year.

Cooking didn't work. He doesn't take what's given to him and makes some boneheaded turnovers. There's no doubt I'm grateful for Russel Wilson, but I do think he is vastly overrated. We wills see when he is given the reigns to cook and the superior line in Denver.

He had a huge contract that we got off the books and, I'm sorry, but there is a lot of prima-dona drama stuff that had been coming along with him for a while now. No one will miss that. Russ did some amazing things for charity and I believe he's a good guy. But I think we may have won the trade, and time will show that.
S

I loved Russell as a Hawk and he definitely did some amazing things in his career while he was here. That being said, I agree that his play has fallen off over the past couple years. Losing even a bit of speed makes his improvised plays less consistently positive and end up with a sack instead of a scrambling big yardage play. If he is forced to be more of a pocket passer I think it will be a tough road for him. I also think that the chemistry that he had with Lockett is tough to replace. How many times did he have a scramble play that ended up with a bomb to Lockett because he knew what Russell was thinking an made himself available in the right place. I think Lockett's numbers will suffer because of this as well but am very excited to see what the Hawks have coming in the next 2-3 years. Not having to pay your QB $50 million over the next 5 years frees up a lot of $$ to improve the rest of the team. 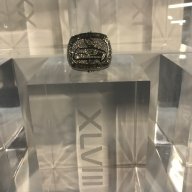 In my honest opinion. His first few years he was much better, using our running game to set up passing game. Then he turned into a Prima donna, and it was all down hill from there. It was all about Russ, he wanted his at all costs. Yes, they got a haul for a malcontent. 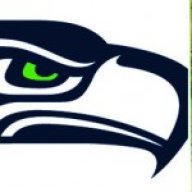 The team got a decent return for him but I would never consider it a win. Wilson hid Pete’s ineptitude for so long that he tired of it when it was obvious nothing was going to change. He’ll play fantastic in Denver while seahawk fans sit around scratching their heads as to why the team is still only average at best for the next 5 or so years. 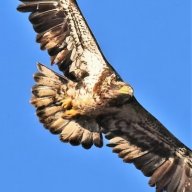 The positive POV would be to credit Russ with helping to improve our overall team by his departure to Denver, in which case...Thanks for everything Russ. We're better off than we were, even if it takes a year or two for it to show up in the W column. We're younger, faster and deeper across the board with exception of QB. The more I look at it the less I think it will take that long if we're starting out looking to top a bar at 7-10. 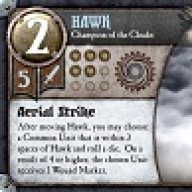 I think there is a decent chance that when the retrospective is written on this trade in a few years, it's not going to be kind to the Broncos. Seattle could very likely use the acquired draft capital to acquire their next franchise QB, while the Broncos are saddled with an increasingly-declining $250M QB. Denver really needs to win the SB in the next couple of years to come out on top.

I think it's considered win-win for the first two years, and then people will be asking what the hell the Broncos were thinking when Russ ages like Ben Roethlisberger, particularly with Baker Mayfield playing at an All-Pro level.
R

Not sure it’s going to matter how well Mayfield is doing in the USFL. 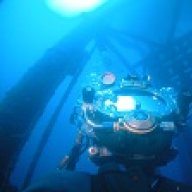 In my opinion, both teams won. Denver upgraded at the QB position and possibly put themselves in the SB window for the next 2 years. Seattle rid themselves of a low-key, passive aggressive malcontent who's salary was making in virtually impossible to miss on a single draft pick while acquiring much needed draft capital to restructure their roster. Having said that, I agree with those that say RW isn't what he used to be and that he very well may disappoint in Denver with an offense built around him. Russ is a good QB, but I get the sense he thinks he's a different kind of good and he just might have leveraged himself into a situation that's a little over his head. Or, he may prove me wrong and absolutely slay it as the centerpiece of an offense. Either way, I don't give a rip. Russ had become a cancer to this team and the fact he's gone is a blessing for the team's future. I'm excited for the Seahawks for the first time in several years. My hope is that Pete and John create a new way to win in the NFL where the need for an elite QB isn't as necessary as it currenty is. Aggressive defense, stout offensive line, ground and pound in the running game and an efficient QB who doesn't make mistakes. We shall see. Either way, I think both Denver and Seattle came away as winners. Pretty cool, actually. 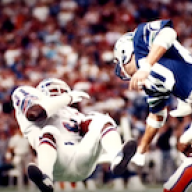 Baker Mayfield playing at an All-Pro level? You mean in the CFL, right? That may actually be a bit of a stretch, so let's say FCFL.

Oops. Just saw that @Rosco beat me to the punch on this one. Well, I'll leave this anyway.

Too early to really say, but I'll vote for a YES now. Love what the team did with the extra picks this year, we'll see about next year. I seriously doubt that Denver's picks we get next season will be bottom 10 in the league, so that'll be meaningful.

But up front, given our picks and the improved cap position going forward, I call it a win.

pittpnthrs said:
The team got a decent return for him but I would never consider it a win. Wilson hid Pete’s ineptitude for so long that he tired of it when it was obvious nothing was going to change. He’ll play fantastic in Denver while seahawk fans sit around scratching their heads as to why the team is still only average at best for the next 5 or so years.
Click to expand...

The head scratching will be coming from talking-head mediots and Wilson fans trying to understand how the Broncos' offensive line got so much worse so suddenly.
S

Let's see hmmm uhhh well, IF we'd have kept Russ, we'd have HAD TO pony up $50+ Million a year to a disgruntled player who is MOSTLY interested in promoting his Market Brand, playing the 3 & outs game HIS OWN WAY, AND, we'd have not had the Draft capitol that Denver had to give up for his services, and further, we wouldn't have had the stellar Draft that we just scored.
Now, because Russ wanted OUT, and is HAPPY TO BE GONE, keeping Pete was ABSOLUTELY THE RIGHT MOVE FOR THE SEAHAWKS ORGANIZATION, THANK YOU JODY ALLEN!!!
FACT: Changing to a new HC would NOT have GUARANTEED as good, or better Success.
This was not a win for the Russell Wilson Fans, but it sure as hell was for the rest of us 12's & PETE CARROLL.
There WILL ABSOLUTELY be some growing pains for the next few years BUT, the Seahawks won't be saddled with an aging $250 Million Dollar Quarterback gumming up the works.
T

We win the trade when or if we find another top-tier QB to win with...not before.


It is too early to make a judgment on it. Because yes we escaped a giant cap hit, but had we had that cap hit...we would have had the QB to go with it. Which would mean we would have a chance to attract a better coach and we would have still been a playoff team. Now, we have to hope that Carroll can win with average QBs and what looks like a barely average roster. Or hope we can get fortunate again and find an overlooked QB in a league that is turning over every rock to find great QBs.

Wilson was a bit insufferable, self-centered, and even embarrassing. But as long as we had him we still had a chance. Now we don't (unless we can find another QB). 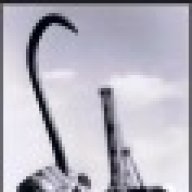 Only time will tell the whole story. I think the Hawks made a reasonable trade and solidified it with what appears to be a great draft. Yet even with that the only outcome that will qualify as a win to most posters here is for the team to play for a championship. Which is the same measurement used the last 10 years.

As for Denver they get an immediate win with the amped up hype surrounding the addition of a HOF QB. Aside from that I think they are in a losing situation. Much like this fan base the broncos faithful will be underwhelmed with even one SB win. Expecting multiple SB’s to justify winning the trade is improbable for many reasons.

The idea that the Hawks are better off not paying a QB $50 mil a year seems like a path to Jets level ineptitude. If they do find the next franchise QB should they move on the minute he deserves to be paid? The next generation of star QB’s will be looking for 70mil a year. It will always be expensive to have the best and without the best they have a very small chance of winning the prize.

On a side note…could you imagine if the NFL didn’t limit a players earning potential with the salary cap, they would be paying top QB’s 100 mil a year. 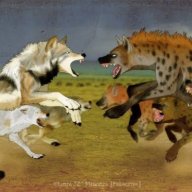 Lagartixa said:
Oops. Just saw that @Rosco beat me to the punch on this one. Well, I'll leave this anyway.
Click to expand...

It's ok for two people to be wrong.

Big Ben's style is very different from Russ'. One could argue Ben's style ages better as it rely less on athleticism.

toffee said:
Big Ben's style is very different from Russ'. One could argue Ben's style ages better as it rely less on athleticism.
Click to expand...

Roethlisberger was very much reliant on his escapability and ability to make plays on the run. He might not be as elusive as Russ, but their styles are pretty comparable IMO.
You must log in or register to reply here.

Does anyone else still support Pete?
2 3

Something to think about
2