Blitzhawk said:
I agree with this the most. Lock was nothing to do with the point of the trade. The focus was unloading a unhappy and problematic Wilson and his huge salary. Lock was just an extra piece thrown in by Denver that, as stated, they were done with anyway. I believe the Hawks real interests were the draft picks but willing to take the other fluff as well. Pete and co. are going to take a look at Lock/Geno this year in competition and then decide on drafting another QB or not depending on performance. They are not married to either and probably look at it as win/win for the future. Either one of them breaks out with a great year and we can build around them; or their failures put us in position to acquire a much better option in the draft next year. That is not saying we are going to "suck for Luck" or what ever as PC is very competitive and will do his best with what he has but let circumstances take us where it may.
Click to expand...

Lock wasn’t a throw in. Every part of a trade is done with purpose. PC/JS didn’t accept Locks salary or spot on the team as a favor to the Broncos.
They wanted Lock as part of the trade, otherwise they would have asked for more draft picks instead. 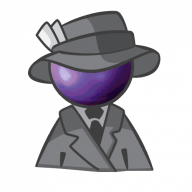 Lock was a perfect trade piece. Most Broncos fans knew he had near-zero trade value but some Seahawks fans think he's worth a 5th, or maybe a 4th.
F

"I look at Drew Lock as, you know, having a chance to be a superstar in this league"